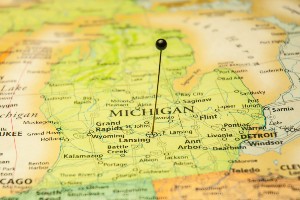 Traveling through any busy intersection increases the risk of being in a traffic accident. While you can take steps to avoid causing a crash, other drivers may be more careless or less attentive. So how can you avoid crashes in the most dangerous intersections in Grand Rapids and throughout Michigan?

At Jay Trucks, we realize that despite your best efforts, accidents can, and do, still happen. If you suffered an injury because of another’s negligent driving, we are here to help. Call to schedule your FREE, no-risk case review today to learn about your legal options.

Which Intersections Are the Most Dangerous in Michigan?

The recent list of dangerous intersections is based on Michigan’s State Police 2020 crash data. Accidents in this report include crashes that:

According to last year’s crash data, the most dangerous intersections for the state included:

The most dangerous of all of the intersections were in Macomb County last year – the roundabout at 18 1/2 Mile Road and Van Dyke in Sterling Heights. Although 2020 saw fewer crashes overall than in 2019, these numbers are still concerning.

While 75 percent of the state’s worst intersections are in or near Detroit, there are many just in Grand Rapids. These top ten most dangerous intersections in Kent County include:

The Wealthy Street interchange on US 131 is not just the worst intersection in Grand Rapids. It has also been deemed by officials as one of the most dangerous intersections in the state.

Some intersection accidents may be due to poor road design, confusing signage or a lack of road maintenance. However, most crashes, including those at dangerous intersections are caused by some form of driver error, including:

How You Can Drive Through Intersections More Safely

Intersections will always pose a certain risk for drivers. In fact, the Federal Highway Administration (FHWA) reports that over 50 percent of serious or fatal crashes happen at or near an intersection.

While you cannot account for how others drive, you can navigate through dangerous intersections more safely by following these tips:

Injured in an Intersection Crash? Our Trusted Law Firm Is Here to Help

Many drivers take precautions and try to follow traffic safety laws. However, it is impossible to always predict what other drivers may do.

At Jay Trucks, we have extensive experience and a history of proven results. Our car crash attorneys in Grand Rapids have recovered millions for our clients. This history includes a $1.9 million recovery for the estate of a crash victim who suffered fatal injuries when a propane truck blew through a stop sign.

If another driver’s negligence causes you to be injured in an intersection, our law firm has the staff and resources to fully investigate and handle your claim. Call to learn about your legal options today at no cost or obligation to you. We are available to take your call anytime, night or day.